I’m sorry, I am really trying to be a better person and learn to keep up with this, and so far I’ve started off badly.  A few days ago I was forced, and when I say forced, I mean urged by two doctors to see other health professionals for follow up appointments.  Let me roll back a bit.  The first was because of my gynecologist whom was concerned with my lack of weight, and the second was the physician’s assistant that I saw in the Emergency Room on Monday this week.

Let’s first start with the weight thing.  I have always been a tiny person.  I’m 5’4″ and weigh 101 lbs.  I have weighed a little less, and I have weighed a lot more due to psych medications that automatically add twenty or thirty pounds to your frame.  But, tis is my natural weight.  Aside from my parents, both sides of my family are healthy, thin people, and always have been.  Even when I was younger my parent’s took me to doctors for testing to see what could be done for me to gain weight.  So, the doctor was “concerned” that I was anorexic or had issues with food, so I had to see a dietician on Thursday.  It was such a useless hour of my time.  She was very nice, and had absolutely no issues with my weight or eating habits, or was concerned about my relationship with food.  All she suggested was for me to eat an extra snack or lite meal daily to maintain my weight.  So, that was that.

The other visit has a longer explanation.  I mentioned that I went to the Emergency Room.  For once it was not for a migraine.  For over a week I have been having sever, extreme anxiety attacks.  So many things have been going on at the same time that it has all culminated to where I began getting chest pains.  Before that I started having trouble sleeping.  I was waking up in the middle of the night and looking around for things that I either thought that I misplaced, or wanted to find… at two am.  It was not normal.  Then, it began happening during the day.  I did things like taking an extra Klonopin with at night, or in the afternoon.  It’s not a great idea to take too much during the day… or even night.  After that on Sunday I tried taking a relaxing shower, putting on pajamas, and drinking herbal tea with lavender honey.  None of it helped.  So, I texted with friends for a bit, and listened to one of my favorite podcasts “Beautiful Anonymous” to try to distract my brain by listening to another person’s story.  Eventually, I gave in and just went to bed early.

The next morning, Monday, I decided that I was going to try to start the day off with something calming.  So, I went to get my nails done.  By the time I was finished I had to call my mom because my chest once again was feeling like it was being squeezed , and I knew it was time to go to the Emergency Room since it had been five days by that point.  By the time we got to the hospital it was around 11:30am and I immediately got into a room.  Here’s the thing with me and anxiety attacks.  I have anxiety attacks, and then I have panic attacks.  When I have an anxiety attack it is all internal.  I have a calm exterior, and you would never know that inside my entire body is entrapped in pain and in a frenzy.  When I have a panic attack, it is the exact opposite.  There is sobbing, and hyperventilating, high blood pressure and shaking.  So, that day, my brain was a hot mess of concussion, but aside from my chest pain everything was normal.

I knew the PA from many visits for migraines, and he ordered me an EKG, chest X-ray, and extensive blood work to check for clots, etc.  In the end, everything was perfect.  I literally just had a really bad anxiety attack, and there was nothing that he could do but give me a half of an Ativan and urge me to see my general physician, psychiatrist, and neurologist because I was taking a new medication.  When ever one thing happens, you are always suggested to see three doctors or specialists, and it’s very annoying.  On the way out a hospital employee offered to schedule an appointment with my GP for me, but I politely declined because I knew that there was nothing that he would be able to do that was not already completed at the hospital.  A few days later she actually called me back because I did not schedule an appointment, and offered again, this time I gave in and made my own appointment just to get her off my case.

So, back to the present.  I have seen my general physician for about thirty years when I am living in Charlotte.  He knows me well.  He knew that it was protocol, but also thought that it was a little ridiculous that I was there for the same reasons that I did.  He listened to me about everything that was going on… the stress of eventually moving to New York, publishing my book, dealing with my parent’s constant feelings that everything I do in life is wrong or a bad decision, and I hear it daily.  He was very concerned and nice, but was definitely caught of guard because he has known me for so long and did not realize all of that had been happening for years.  Anyways…

That was why I was so busy on Thursday and absent.  Even though it was mid numbing, and useless, it was exhausting.

After all of that, yesterday I stayed in, laid in bed with my PJs still on, drank coffee and watched TV, looked at apartments online.  The more I keep up with writing on here you will know about my move, the search, why I’m moving and what I’m looking for.  Most people see it as unattainable at first, then they realize that it is the best thing that I could ever do with my life.  You’re just getting an introduction right now to the daily part of my life, soon you will get the specs.  I like to say that I’m the perfect Get X-er (but I’m considered a Xennial).  I call myself a “realistic optimist”.

Born in Charlotte, NC, Liz spent fifteen year in retail management. She has a bachelor's degree in Apparel and Textile Design and Merchandising, with a minor in Marketing and Business. Coming from a creative background she enjoys all forms of media. She can be described as a foodie that loves to travel, catch a show, or just lounge around and stream movies. She s also is down for am impromptu exploration! She is a big advocate for mental health due to her Bipolar Illness, and Chronic Migraine disorder. View all posts by thelizlea 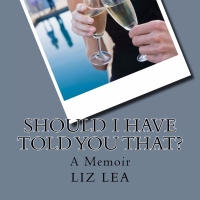 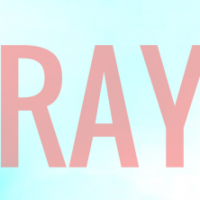 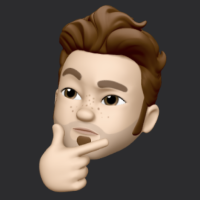 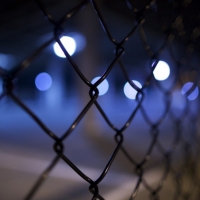 Mission: To assist in the healing and education of Indigos & their families!

Author of "Should I Have Told You That?" Explorer, Observer, Clumsy, and Hilarious. I spill coffee or food on myself almost daily.

Smile! You’re at the best WordPress.com site ever

Using Internet Marketing to drive new clients to your business

Depression of The Arts

BY GRACE THROUGH FAITH

Building mental wellness on a foundation of strength

Road to a Healthier Life
Discovering Your Happiness

Your mind is powerful, it can heal you as much as it can harm you.